Are You Building Your Dream Or Someone Else’s Dream 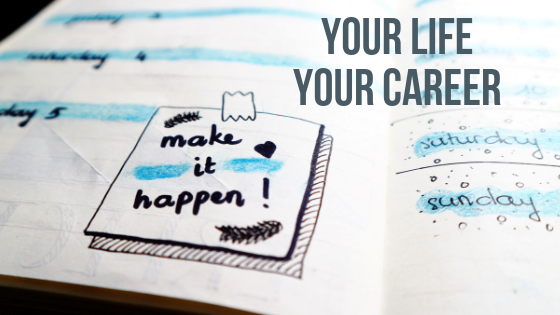 Who are you working for?

Many years ago, early in my career I was sat in an annual review with my manager.  I was coming to the end of my first year in this particular sales role. The review followed the normal pattern and process and it was all good, much to my relief.

Now that we had concluded the review my manager said “I have one more question for you”. This made me a little nervous as I thought I missed something.

“What’s your plan for your career, your life?” she asked. This caught me by suprise and by brain went to overdrive. Was this a trick question?

I didn’t have an immediate answer and thought for a few seconds more and came out with a reply that went something like “I am enjoying my job, love my work and was just going along with the flow and would see what happens”

She smiled and added “That’s good and it’s good you feel that way. But have you considered that if you don’t have a longer term plan for your career/life then you will always be part of someone else’s plan?”

I let this sink in for a few minutes, but still not quite sure what to make of what was just said. I nodded, smiled and said I would try to put a plan in place. Something for my list of things to do – at some point!

The impact of that short conversation didn’t hit me until a few years later when the company started it’s first round of redundancies in it’s long history. It was happening right across the IT sector. Some of the biggest names in the industry were cutting staff after years of growing and adding more and more people each year to their respective businesses.

I wasn’t being made redundant but the whole structure of the company was going change. I had to wait about 4 weeks to see what plans the company had for itself, and what plans it had for me. That particular annual review came flooding back and I saw and understood what my manager was telling me.

If you work for someone (big or small company) chances are you will be part of that company’s plan. Because that’s why they hired you. That was their plan.

However, what they hired was a “resource” and this is particularly true of larger organisations. And resources are part of a plan to be hired, moved, changed, promoted, demoted, replaced with lower cost resources, sacked or….made redundant.

The one thing most say is “I gave them everything. I am hard working and extremely loyal. How can they do this to me?” That’s just it, they can. It’s the plan and you were a part of that plan for a period of time.

The depth of my manager’s words grow on me over the years. I realised that having my own plan was in my best interest. Even if that plan meant I worked at the same company for 20 years, it would be because I chose to, rather than “just seeing what happens”.

You are hired by a company because you bring something they want. Your plan is to see what the company brings to you in your growth, development, and experience. Make the company part of your plan and know when it’s time to move on to the next part of your plan. Even if that means moving to a different role in the same company – make that move on your terms and according to your plan.

After the experience of sitting around to see if I fitted into the company’s plan, I set about creating my plan. It wasn’t a long term plan, but it did cover several years and the next two roles I wanted to expand my expereince and skills.

Becoming a coach was also part of the plan that I reviewed and updated on a regular basis.

So what is your plan?

Do you have a plan?

Book your FREE 30 Information call and get some ideas and outlines that  will get you on your way to live and work on your terms and to your plan!

Want Some Help to make it Happen?

Book a 30 minute call to see how coaching could help you.

A Tip To Building New Habits

A Small Habit To Build Big Habits Sometimes it's the small thing which really matter. The little thing you do which...

Do You Run Or Are You A Runner?

What's the difference? At first glance there doesn't appear to be any difference. It's just about running. Having some...

The Little Things In Life

Why The Little Things Are Important   Around this time of year, here in the UK, there has has begun a small...