Why Are Bad Habits Easy To Acquire 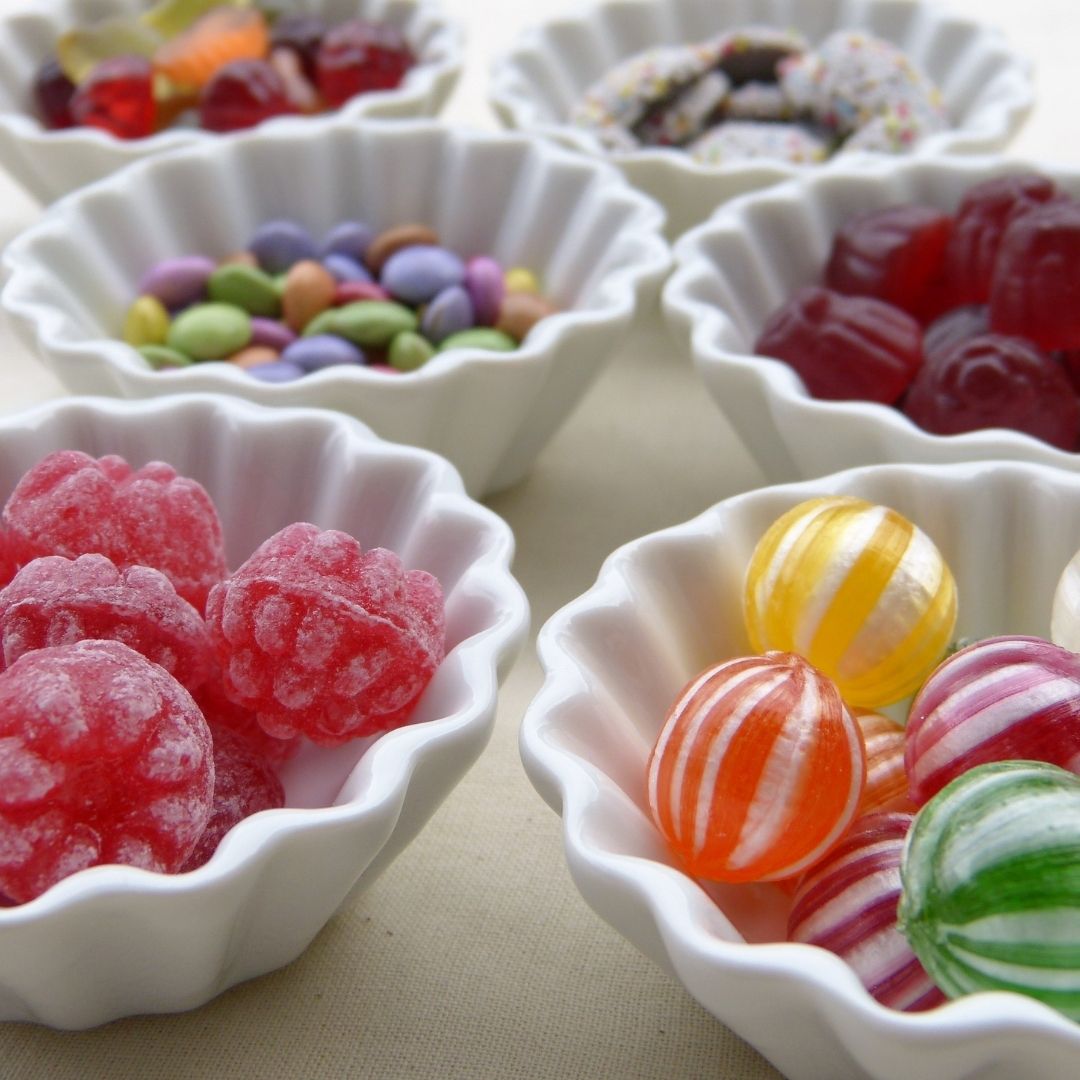 Why Is It Easy to Form Bad Habits?

I will briefly go through Habit Loop below and look at the reason why understanding the process will answer the question of why it’s so easy to acquire bad or unhealthy habits. Once you understand the loop you can then start to do something about the troublesome habit!

The habit loop is explained in several books which cover the topic of habits. The one which stands out for me is Charles Duhigg’s book “The Power of Habits”. Other books also cover the habit loop although it may be embellished by the author to give it their personal touch, however, the core remains the same.

The habit loop has three parts to it: 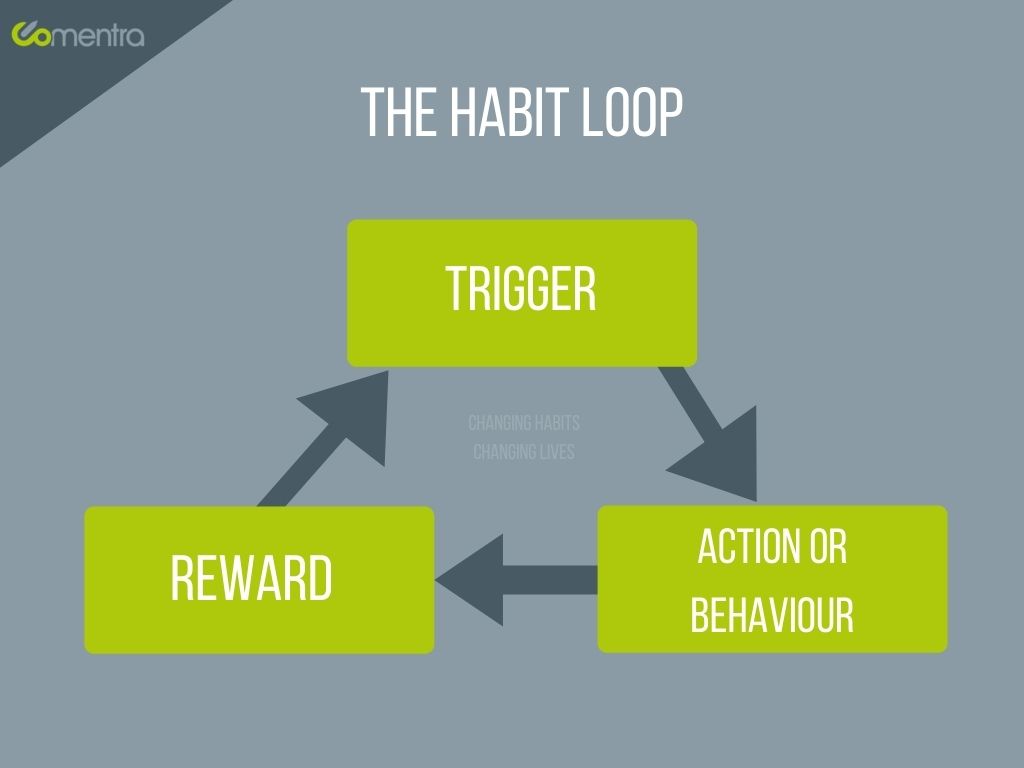 As it’s a loop, the trigger and the reward are linked, and drive the action and behaviours to get the reward. As part of the reward, we will usually get a kick of Dopamine. This is a neurotransmitter and also known as the ‘feel-good’ neurotransmitter. It’s released when we are enjoying something, eating food we love, company of loved ones, reading our favourite books, watching our favourite shows, and let’s not forget sex!

Our hunt for the reward is strong and so are the triggers to move us to act. This is why bad habits feel so good!

How does the Habit Loop make it easy to form bad habits?

If you look closely at any habit (good, bad, unhealthy), it’s the reward stage which really starts to embed the habit inside our brain.

The first thing we notice is the reward linked to bad or unhealthy habits tends to follow quickly, if not immediately, after taking action.

However, when it comes to good or healthy habits, the big rewards may not be realised fully for weeks, months, or even years. There may be some small satisfaction of completing a good or healthy habit, but you will probably have to wait much longer for the big pay-off for sticking with the good habit.

As I mentioned above there is also the kick of Dopamine with the reward. When you get your reward, you will also get your Dopamine kick to make you feel good. The more often you get some Dopamine the more likely you are to keep repeating the habit which releases it into our brain.

Having seen so many people attempting to change or stop their bad habits, it’s only when they tackle the reward and Dopamine kick, have I seen people start to make changes.

How Reward and Dopamine works

Let’s take something which were all familiar with, the habit of constant and regular Social Media checking. Many of us would class this as a bad habit, particularly when it takes you away from doing more productive work. The Habit Loop would look something like this:

In this instance you can see the reward of getting the update and the dopamine kick may be short lived, so the habit will be repeated regularly and often. Which in turn helps to create the habit much quicker due to the high number of times it is repeated.

Each time you take action the neurons fire, the neural pathways are strengthened and so the habits get established faster than you realise!

Let’s have a quick look at a habit which may not give you an immediate reward or little to no dopamine. Sticking with social media, if we plan to write a meaningful or helpful update (perhaps a short version of this blog on LinkedIn) this will take a little time.

You will have to decide what to include in the post, will it convey the message you want, will it appeal to the people it’s intended for etc. Now suddenly this feels like work. It has become a task or even a chore. Getting it completed may just be a relief rather than a reward. Even though you may get some small sense of satisfaction the Dopamine kick may be small or none at all!

At this point you are not exactly going to be looking for the trigger or the reward to repeat it. Unless it generates a dozen prospective clients, but the reward and Dopamine kick will only come when the prospective client gets in touch. So, you can see the reward isn’t immediate unlike checking social media in general.

When there is some level of pain & discomfort then it’s likely to have little to no immediate reward, other than relief of having completed a challenging task.

Unlike good habits, the unhealthy and bad habits seem to have little to no pain, discomfort, or suffering, and lack self-discipline. In fact, the bad habits try to keep you away from any pain and discomfort!

What can you do to make it harder to acquire bad habits?

First and foremost, start to become aware of the habit loop. Start to become aware of the triggers which start the habit. Once you are aware you can acknowledge the actions, behaviours, and the rewards you expect. Use the chart below to see exactly what your bad habit is getting you to do. This will help to be clear and more aware everytime the triggers are pulled to starting the unhealthy habit.

Use the example I gave above on checking social media to help you complete this for you habit. 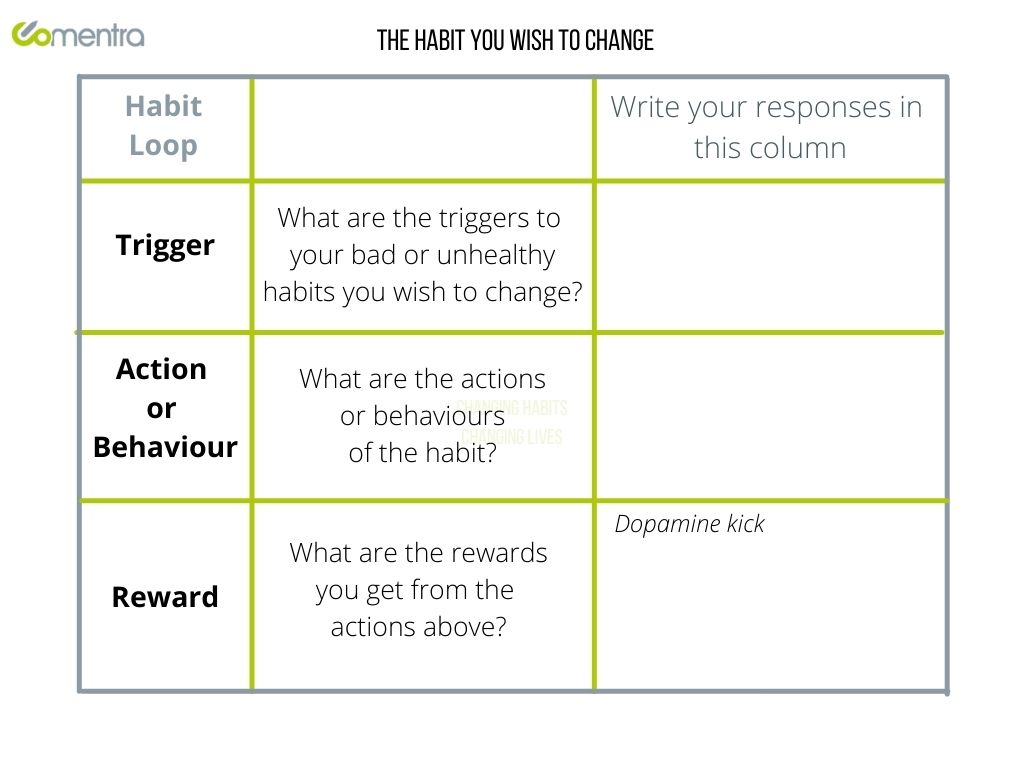 The next step is to stop taking action when you become aware the habit’s trigger has been pulled. Or you can replace the action and reward part with different actions and rewards. Sounds simple but it will take time to adjust and focus on making changes. Once again, catching the start, the trigger, to you bad and unhealthy habits is important and then consciously decide what you are going to do.

Use the chart below to create an alternative action and reward to help you make the conscious change. 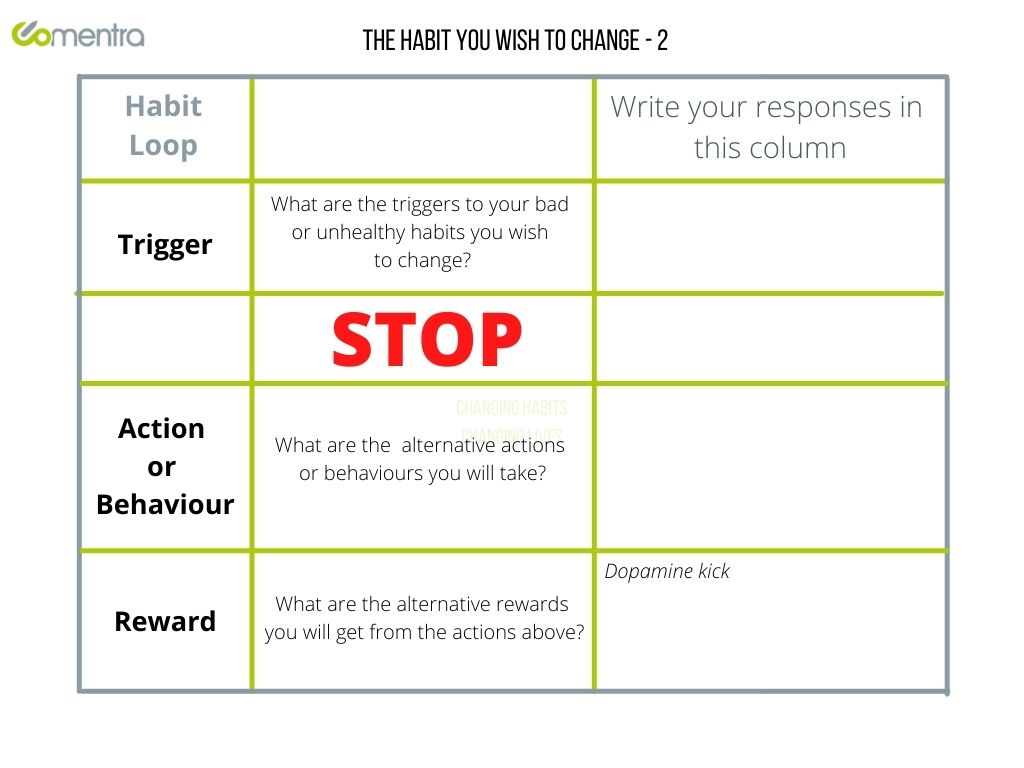 If you need more help in defining the trigger, and then creating the alternate actions and rewards, book a free 30 minute call to get you started. Click the button below.

Want to make it Happen?

Book a 30 minute call and get great tips to get started. 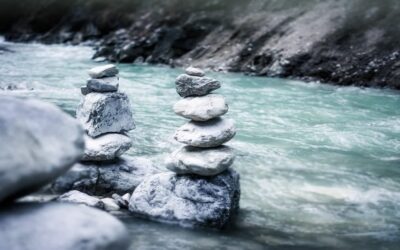 What Is Habit Stacking

What Is Habit Stacking? Making changes, creating new habits, or building new routines is tough. Our brain loves to... 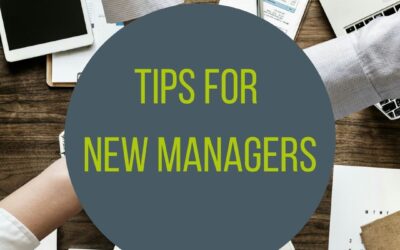 Tips For New Managers I thought I was ready for my management role. How wrong I was. Going from being a salesperson to... 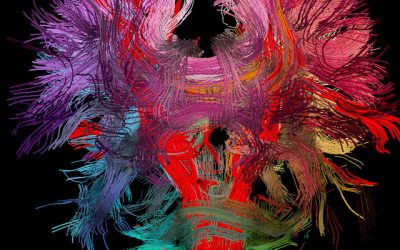 How Are Habits Formed In The Brain

How Are Habits Formed in the Brain When we think about making changes in our life be it for personal reasons, work...

This website uses cookies to improve your experience while you navigate through the website. Out of these, the cookies that are categorized as necessary are stored on your browser as they are essential for the working of basic functionalities of the website. We also use third-party cookies that help us analyze and understand how you use this website. These cookies will be stored in your browser only with your consent. You also have the option to opt-out of these cookies. But opting out of some of these cookies may affect your browsing experience.
Necessary Always Enabled
Necessary cookies are absolutely essential for the website to function properly. This category only includes cookies that ensures basic functionalities and security features of the website. These cookies do not store any personal information.
Non-necessary
Any cookies that may not be particularly necessary for the website to function and is used specifically to collect user personal data via analytics, ads, other embedded contents are termed as non-necessary cookies. It is mandatory to procure user consent prior to running these cookies on your website.
SAVE & ACCEPT